Globalization, a boost for the economy

Protechnology Japan > Articles > Profile > Globalization, a boost for the economy

Globalization, a process where the world becomes increasingly interconnected through global networks of trade, communication and transportation. In the past 30 years, globalization has further exploded into more countries and contributed to global prosperity. This is without a doubt the most prosperous era in human history. 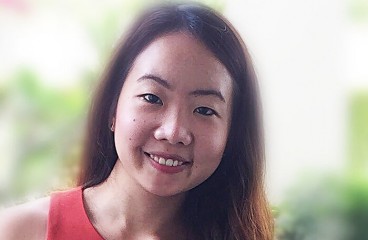 Globalization has been crucial in attaining economic growth and transforming Singapore into a stable and strong economy through increased international trade. TIME magazine quoted Singapore as “the only place on earth to engineer itself to prosper from globalization”. The impact of a strong economy naturally leads to escalating prices within the country. Since the 1990’s, prices in Singapore have increased significantly, bus fares and houses used to be priced half of what they are now, and the price of food and cab fares have tripled in the last twenty years. Despite that, globalization has helped Singapore keep inflation low, by importing raw materials from other countries at a lower price, the final prices for consumers tend to be lower. With only a population of 5 million, Singapore has many Free Trade agreements under its belt, one of the world’s busiest seaports, and a constant influx of foreigners with a ratio of 1 : 2, the latter being locals. Companies in Singapore reside mostly in the business sector, mainly tourism, health and banking sectors. Due to the size of Singapore -716.1km2, neither agriculture nor mining sectors are viable.

For years, MNCs have been investing and undertaking projects around the globe. Joint Ventures and investments are largely why SMEs today start to dip their toes in overseas markets. Singapore’s government strongly encourages and supports SMEs and start ups, government based organizations are tasked to aid Singaporean SMEs venture into markets overseas. Financial grants and vouchers ranging from employment courses to IT equipment can be reimbursed, this aids tremendously in terms of cost and productivity.

Foreign Direct investment (FDI) is also crucial to Singapore’s economic growth and has been since 1952. FDI into Singapore has increased 40% since 2009, and takes up 52% of FDI influx to the ASEAN region. Stable political and legal environment, competitive tax rates, and a transparent regulatory environment are reasons why Singapore is still the most attractive destination for FDI.

Singapore is taking it one step further into globalization pairing with FDI, The Trans-Pacific Partnership (TPP). Originally known as Trans-Pacific Strategic Economic Partnership in 2005, originated with Singapore, New Zealand and Chile as founding members to form a trade-liberalization path in the region. By the end of 2013, Brunei, U.S.A, Australia, Japan and five other countries joined in on what would be one of the world’s most ambitious trade negotiations. Currently, these countries account for 40% world GDP, TPP is predicted to make the world $220 billion richer each year. South Korea, Taiwan as well as other countries in Asia have expressed their interest in joining this partnership .

TPP tackles issues pertaining to Intellectual property, environmental standards, as well as disassembling tariff barriers. Since signing on to TPP, U.S trade with TPP countries has made more than US$1.6 Trillion in merchandising in 2014 alone whereas FDI among TPP countries totaled approximately US$146 Billion.

Singapore’s exports to the United States are primarily manufactured products such as electronic components and computers. Within TPP, Singapore is one of the top U.S goods export market, top overall trade and investment partners and top importers of products from the United States. In 2014, Singapore’s import and export of U.S trade goods was worth USD$47 Million, including FDI and Private trading it was a total of USD$84 Million transacted.

Singapore relies heavily on exports for economic growth, so much so that net exports make up the largest component of the country’s GDP. Unfortunately, being so dependent on exports leads to vulnerability from negative external economic conditions.

Even with TPP being in motion, this negotiation has never been put to pen and paper. However, Singapore’s Prime Minister Lee Hsien Loong has expressed confidence that this deal will be sealed in 2015. He has expressed the main reason TPP has not been formally signed is due to “each country’s domestic factors”. Specifically the Obama administration, who are keen and has prioritized TPP as part of their economic plans. Even though benefits have been significant, democrats, trade experts, and public interest groups are going against this agreement particularly for fear of the loss of jobs especially with NAFTA’s (north America Free Trade Agreement) history.

International business hub, Competitve society, Compact – these words are used to describe the image of Singapore. Singapore continues to import foreign labour for mainly construction and hosptality industries as a cost effective way of increasing growth. Yet this might not be sustainable in the long term given the size of Singapore. Despite the lack of land for agriculture sectors, people around the globe continue to stream into our market to establish their business. This makes Singapore a very opportunistic country albeit a very competitive one.