In Japan, Forming a Joint Venture Can Create a Fast-Track to Success

Protechnology Japan > Articles > Profile > In Japan, Forming a Joint Venture Can Create a Fast-Track to Success

Japan represents one of the most lucrative industrial B2B markets for US- and European-based multinationals with the long-term means to open an office — meaning: to invest the time needed to create a legal entity, employ local talent, conduct market surveys, gain brand recognition and build relationships — all without necessarily achieving meaningful sales for up to several years. 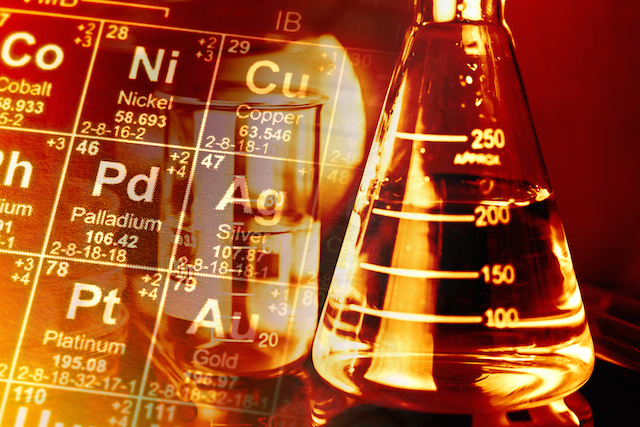 But not every business can wait indefinitely to turn a profit. Fortunately, those manufacturers seeking an expedited way to enter the Japanese market can do so by forming a joint venture (JV) with an established player who’s already on the scene. In today’s Japan, stories abound of mutually committed companies — partners who share risk through a JV, rather than operate alone — that are achieving notable success.

A prime example of this effective model is Daicel-Evonik Ltd., a leading manufacturer of engineering plastic used in the automotive, aerospace, machinery, optics and medical industries. Founded in 1970, this entity has, from the start, thrived by adapting to shifts in global demand. It went from being a polymer producer alone to certifying its products for applications in high-growth markets: among them, environmental engineering.

Similarly, Electroplating Engineers of Japan Ltd., a JV founded in 1965, achieved early success by manufacturing plating chemicals containing precious metals, such as gold and palladium, for use in the semiconductor and electronics fields. Half a century later, best practices in innovation management and global commercialization are continuously offered by joint owners Tanaka Holdings Co., Ltd. and Platform Specialty Products Corporation. (Disclosure: The author is on the board of this JV and is also employed by a subsidiary of Platform.)

The Japan-based joint venture Rogers Inoac Corp., a manufacturer of high-quality materials that fill gaps, form seals and protect components in mobile applications, has expanded its geographic base.  Only fifteen years after its launch in Japan, where its two plants have continued to operate at their full capacity, the entity’s owners launched a similar venture in China, which is now just as successful as the first. 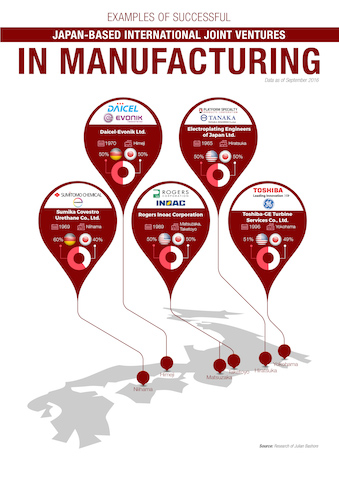 Still other JVs have prospered by remaining in place, even as they serve global customers. Sumika Covestro Urethane Co., Ltd., since its 1969 launch and subsequent opening of a greenfield factory in Japan, has reliably supplied polyurethane to the automotive, construction and household appliance industries. Today, its products are used in insulation materials for buildings and refrigerators that help save energy, as well as in composite materials that make cars and transport equipment lighter, among other things.

Another effective joint venture, Toshiba-GE Turbine Services Co., Ltd., is currently celebrating its 20th year of operations in Japan. Based in Yokohama, its world-class factory maintains, repairs and overhauls critical components in industrial gas turbines used by the country’s power plants. Extending the life of these mission-critical parts represents a national priority for energy-conscious Japan.

On combining their respective owners’ expertise and competitive advantages, these five JV’s not only met with early success, but they also stood the test of time. When partners share skills and equally bear risk, a resultant JV can easily last for 50 years or more.

Forging the ideal business arrangement can be challenging. But it’s become easier to find a partner for a joint venture in Japan. Interested Western manufacturers can contact the knowledgeable bilingual staff at Indexrights Co. Ltd., the publisher of Protechnology Japan, to learn more about Japan-based entities willing to form an alliance.