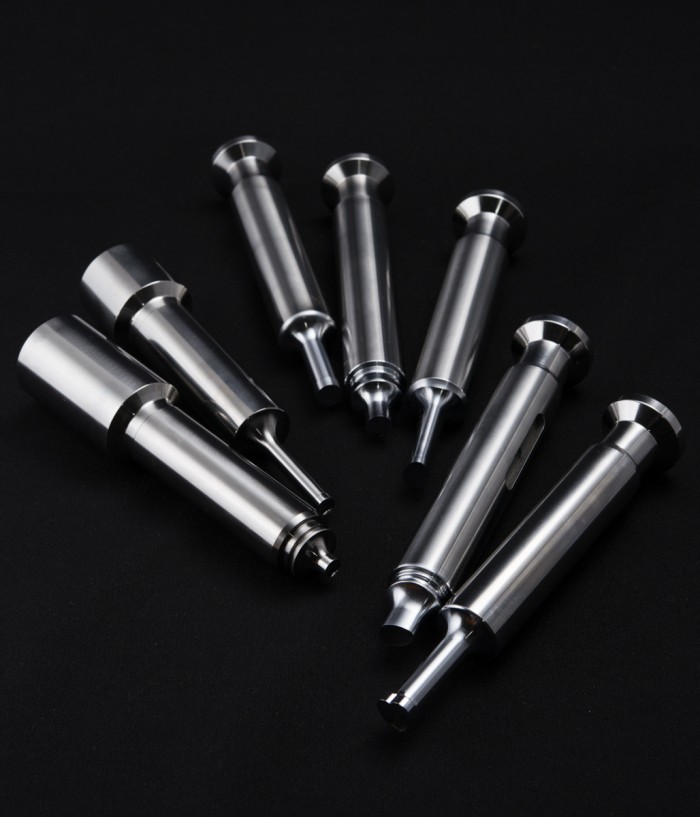 MURAMASA: the Japanese sword (katana) that is famous for its highest quality. Today, that extraordinary sword is reborn in the mold used in the preparation of medicine. Nanno Co., Ltd., a company that designs and manufactures metal molds, has developed a tableting mold called “Muramasa” for compressing and molding  powder that becomes medicine tablets.  The “MURAMASA” mold has the durability that surpasses conventional products found in the market, and so it has attracted a great deal of attention in the pharmaceutical industry.

The tableting mold “MURAMASA”  has three types: Regular, Clean, and Strong.  Each type has its own qualities that are put into use in tablet production. The Regular type is made from steel used for general structures, and is inexpensive and has a fast delivery date. The Clean type is made from stainless steel that is good for separating powder, and makes full use of the company’s patented technology of miniaturization of the metal’s molecular structure up to 1/30, which leads to increased strength and toughness (tenacity of the material).

Finally, the Strong type is the company’s main product; they are unique tablet molds because tool steel is used as raw material to manufacture them. This type has two types: The K type, which has enhanced strength, and is specially-made to manufacture unique tablets. The other is the S-type, which has increased strength to the limit, and has durability that far exceeds the normal limit value.  To make medicine tablets that are hard, application of pressure is required, but to find a mold in the market with qualities that exceed the S type is difficult.

The secret how the company was able to use tool steel that no other companies have thought of before in making Strong type molds lies in the origins of the company.  Since its inception, through the automotive industry, the company has cultivated the skills, technology and experience to process ferrous materials that are harder and more difficult to process than structural steel.  Furthermore, that one and only technology is boosted by a special heat treatment process using a salt-bath furnace that the company owns. That kind of furnace is rare even in Japan; it can perform rapid heating and rapid cooling treatment that can gently sear the crystal grains. This process cannot be done by a vacuum furnace that is commonly used by many heat treatment companies. As a result, tool steel which originally is already very hard is changed to even a stronger mold that can withstand cracking and chipping.

In addition, as one of the few tableting mold manufactures which has its own heat treatment equipment, the company has succeeded in developing a specially-structured pestle that can never be imitated by other companies.  In the normal pestle, the end part that applies pressure to the drug formulation up to the top part that connects to the tableting machine has the same hardness. However, in the pestle that the company developed which is stronger than the usual, application of pressure during tableting would break the apparatus that joins the pestle and the tableting machine. In order to solve this problem, the company, performed hardness-increasing heat treatment process to the end part of the pestle, and applied hardness-reducing quenching process to the top part of the pestle. Thus, the pestle made by this unique technology possesses two kinds of hardness; as a result the pestle does not damage the tableting machine while maintaining its durability, and this differentiates it from other products.

In making medicine tablets, the durability of the company’s pestle is effective in improving the performance of the tableting machine; which is a common problem.  In recent years, the rotation speed of the tablet press has dramatically increased, and although this led to the shortening of the amount of time required to put the medicine into the machine before tableting, it also resulted to the shortening of the time to apply pressure in the preparation of the tablet.  This leads to warping if pressure is applied with a soft pestle, and enough pressure does not get applied. Therefore, the hardness of the tablet is insufficient, and there is no choice but to decrease the speed of the tableting machine. However, it is possible to suppress the warping and to load the medicine rapidly if a hard pestle is used. Now that the hardness of the tablet mold has become an important matter, it is expected that the demand for  Muramasa will increase.

The company’s originality extends to the surface treatment in the latter half of the process. Currently, 80 percent of tableting molds that are in the market is subjected to hard chrome plating. However, since hexavalent chromium is used in this process, there are environmental issues regarding its use. Thus, because of the nature of the pharmaceutical industry, the company then shifted its surface treatment process from chrome plating to ceramic coat plating to emphasize safety.

Also, many companies perform mold coating and currently the material mainly used is chromium nitride. The company took one step further ahead of the competition by adopting N2000 to be used for high strength surface treatment of the Strong Type mold.  Nanno is the only tableting mold manufacturer that applies N2000 coating that leads to unparalleled wear resistance of the Muramasa that is unmatched by other companies. For example, in the plating of the pestle, the average continuous loading time using the plated pestle is about 2,000 to 4,000 hours. Injecting a solid agent such as magnesium oxide requires replacement of the pestle in 300 to 500 hours. In this case, introducing the Strong type mold into the tableting machine has shown remarkable effects; it  led to a recovery in the life-span of the pestle of up to 4,000 hours. MURAMASA, with its stand-alone technology and remarkable strength, has become the one and only pillar that exists to support the tableting mold industry of Japan.

We’ll Take the Lead in the Tableting Mold Industry!

The success stories of Muramasa are too numerous to mention. Among those success stories, we would like to introduce an event which clearly displays their abilities. A pharmaceutical company which specializes in the manufacture of a special tablet called “Karate Tablet” brought together domestic and foreign tablet manufacturers and conducted a competition.  The shape of the Karate Tablet, which is characterized as easy to divide in half, requires an extremely strong mallet. While all the companies were tensely watching, the pressure test was carried out, but the molds of all companies broke after a load of about 1t was applied. The Strong type mold that the company brought  was the only one that was able to withstand a pressure of 1.5t, and thus the company was able to win the contract. Even more surprisingly, in the analysis of the company, the mold can withstand a load of up to 1.9t. Regarding the company’s quality, Shigeo Minamino, CEO of Nanno has this to say:

“For systems which provide products with stable quality with a short delivery time, integrated in-house manufacturing is essential. If you outsource it, it will be advantageous with regards to price; however, there will always be points which will be overlooked. Regarding that point, in integrated manufacturing, feedback is given directly if there is anything wrong, and correction is possible. Moreover, not only in processing, but as a major requirement of inspection, our company has started investing in testing equipment, starting with the acquisition of a 3-dimensional measuring device. Indeed, testing equipment do not generate profits, and we can’t say that the prices of each of our products are cheaper compared to those of other companies. However, even if the price is cheap, if the life span is short, a large number of products will have to be bought, and when seen from a long-term perspective, we are proud to say that our tableting mold, which is the strongest in Japan, will lead to savings in costs to companies that purchase them.” 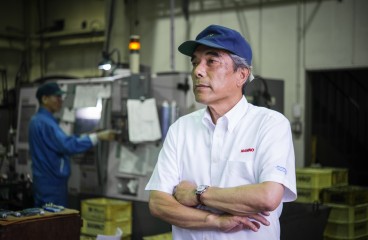