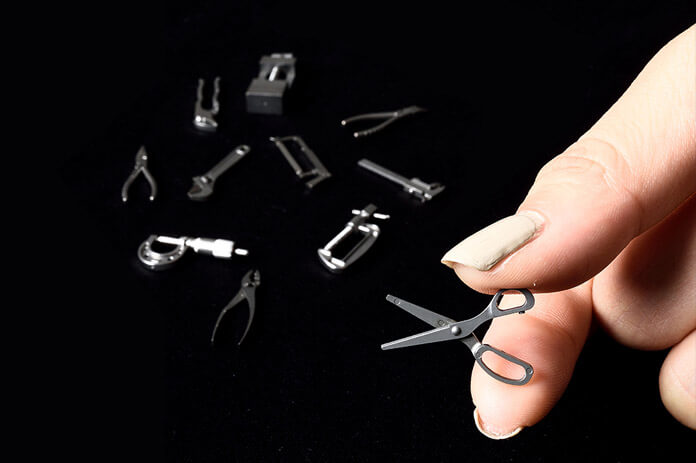 Until Metal Injection Molding (MIM) producing ultra-precision components used to require high cost machining. With MIM, you simply inject fine metal powder and binding materials into a mold to create a finished form. MIM is widely used throughout the United States and Japan, however, Castem has further refined the MIM process through its innovative patented technology that allows for lower manufacturing costs and greater design versatility. The result is a cost savings that could never have been imagined in the ultra-precision components production industry. It would not be an exaggeration to call Castem’s offerings revolutionary. On a balmy day in late June one of our reporters went to Castem’s corporate headquarters where we were granted an exclusive interview with the Castem CEO Takuo Toda.

A New Era of Component Manufacturing: Welcome to the Power of Metal

Castern Broke the Machine and Created the Mold

Back in the 1980s the trend in machining was to increase the fidelity of machined components to achieve smaller forms. There was a small group of manufacturers that was beginning to adopt MIM technology at high costs. Castem’s CEO Takuo Toda was employed with the firm as an engineer at the time. He told our reporter, “we simply didn’t know if the investment in MIM technology was worth it.” Mr. Toda continued, saying, “this was back when the Japanese economy was booming, we had so much business that we didn’t need to think about research and development,” Toda became very serious, “most firms at the time thought that the prosperity would never end and that the Japanese economy would be number one forever.”

Castem wasn’t interested in continuing with the standard industry practices of analyzing complex designs and developing complicated machining strategies. “It was a cumbersome process,” said the CEO, “and we knew that they had to be a better way to do business and serve our customer’s needs if we were going to succeed in the long term.” Toda explained that they went on a gut feeling that MIM was the way of the future, “after much discussion we junior engineers sat down one night and committed to do exhaustive research on MIM technology,” explained Toda, “we committed to work nights and weekends and sacrifice our free time until we came to a definitive conclusion on MIM.” This move was unheard of in Japanese manufacturing at the time.

Castem had to borrow machines from other companies and the engineers devoted all of their free time to researching and testing MIM technology. “We were working tirelessly,” said Toda, “and the research moved at a pace that would be unthinkable today. The defining key in our success was the fact that we have many people with a background in chemistry, including myself—something unusual for a precision casting firm.”

MIM is fast becoming the best solution for producing ultra-precision components. Traditional machining required manufacturers to add complex processes when cutting metals like stainless steel and titanium, however with MIM production costs are the same for all metals. This means that manufacturers can produce highly complex shapes at greatly reduced costs. Castem offers clients with a complete production package that begins with mold creation and ends with a rigorous quality control protocol. All of these services are conducted in-house to save their clients unnecessary production costs. Furthermore Castem can produce the highest quality products for clients with small volume orders.

Manufacturers using MIM do not disclose the proprietary blend of materials used in the organic binders (resins) that links the fine metal powder in the molds. That is because each specially engineered formula there is a vital component that contains the answer the integrity of the final piece. Castem, for its part, has developed a range of proprietary MIM expertise. The company excels at producing thin products, irregular apertures, and sharp-edge screws. These items are seldom produced by other manufacturers using MIM.

Castem told our reporters that its current focus is on creating precision components for endoscopes, dental equipment, and medical devices. At the same time, Castem wants to interface with industries where the growing trend for smaller formfactors and lighter products is creating new design challenges that Toda is certain the company can produce solutions for. While the Castem engineers and craftsmen have spent a significant amount of time over the past 40 years working new ideas the company has recently made a stronger commitment to research and development. Toda said, “the readers of your magazine should be the first to know that that I have set aside a significant budget to create an research and development department in our company and I have hired an incredible group of engineers to spearhead the project.” Toda, who is just as comfortable in his role of CEO as he is engineer personally oversees the R&D department and has biweekly meetings with them.

One example of a technology that was created as an experimental item was theMiniature Tool Set, that was intended as an item to showcase Castem’s MIM technology at industry trade shows. Because of the overwhelming demand for the tools the set went to market in 2013. The tools are sized to 25 mm because it’s the smallest size human hands can operate. Castem can produce items one tenth the size, should there be demand for them. Toda laughs, saying, “If the order came in, we’d be happy to produce a set of 2 mm tools.”

Retaining the Craftsman Spirit in a Client Oriented Production Environment

In addition to ultra-precision components made with MIM, the company also specializes in lost wax casting for large format components and those with simple shapes. Castem has developed a system to drastically cut the costs associated with creating molds, and the system scales according to volume and difficulty. With a full apprehension of clients’ final objectives, the company offers careful service that puts its customers’ benefit first.

Castem was founded by Toda’s father in 1970 as a precision casting plant also equipped with a mold factory. In those days, many of the molds were made without blueprints, relying on the creativity and technical prowess of the craftsmen instead to give physical shape to clients’ needs. “We keep this tradition alive today,” says Toda, “although we have greatly streamlined the process.” Toda explained that the company sits down with all of its clients and begins conceptualizing and crafting molds in front of the clients before a blueprint is created. Toda explains that, “this method of co-creating a product that fits the clients specific needs can take some time, and many other in our field see this kind of consultation and relationship building to be unnecessary or wasteful, but I don’t see it that way at all.” Toda explained that the time spent sitting down with the client and listening to their needs save his company is beneficial for the bottom line in that time is not wasted on redrawing blueprints and recasting products. “This process saves me time, manpower and material,” he explained, and his customers seem to be happy with the final product.

“We produce up to seventy new molds each month for a wide variety of industries,” explained Toda, adding, “This data point usually shocks most people in our industry.” The average in the industry is about fifteen molds with some companies producing up to thirty each month. Castem is not only producing molds for high-mix, low volume orders and boutique industries. The company receives work from industries as varied as medicine, aviation, automobiles, and textiles. Castem works with over a thousand companies each month, including major brands from all around the world.

Toda told Protechnology Japan, “a few years ago we received a request for a project so complicated that twenty-five other international manufacturers had turned it down. I told the client that filling such a request would take a significant amount of time.” Toda laughed, holding the item in his hand, “the initial models were of such embarrassingly poor quality, however, we tackled the project with the Japanese spirit of Gambaru.” Gambaru, roughly translated means giving it your all and never giving up. “We tirelessly worked on improving the product with each model created,” said Mr. Satoshi Miyamoto, a company engineer. Mr. Miyamoto continued, saying, “I know exact the number of models we produced, but its overwhelming,” Mr. Miyamoto laughed, “looking back on it I can’t believe I was even involved in such a massive effort.” The final form resulted in a new cash cow for the company. Toda told us that he took on the project because he had a strong conviction that the project would be viable and possibly profitable, but that profits were not his only motives. “At the end of the day, I’m a very old school Japanese businessman in that I believe in customer service over profit motives,” explained Toda. He continued, “most manufacturers are only looking to cut costs and increase profits, often at the expense of customer service.” He believes that this model is outmoded and unsustainable. The CEO passionately explained, “I was called a mad dog by industry colleagues, but I defended my position to front the development costs in order to create the most innovative products,” Toda smiled, “now that word has got out about how profitable that particular product has been many of the manufacturers refused to produce it are coming out of the woodwork asking me for advice.” Toda explained that he tells them all the same thing. “Stick to the traditional Japanese values of, attention to details, selfless customer service and Gambaru and you can’t go wrong,” explained Toda like a true master expounding his life’s philosophy to an apprentice. Toda says, “We believe there are market opportunities in places people fear to tread, and when we approach these opportunities with traditional values there is no reason to fear.”

Castem invites medical device manufacturers to bring their greatest design challenges and Big Sky ideas to the company and guarantees that they will provide potential clients with the most technologically advanced, innovative solutions at the lowest costs. Castem is building a plant in Colombia with MIM equipment that will be fully operational in 2016. “We are building the plant in Columbia to provide faster lower cost service to our North American clients,” said Toda. “I also believe that we are one of the few precision components manufacturers in the Americas willing to produce small order sizes.” Toda explained that Castem’s ability to operate as a manufacturer of niche components together with its unparalleled customer service, attention to detail and willingness to invest in development costs for complex designs will make Castem a dynamic contributor to the North and South American markets.

We at Protechnology Japan look forward to seeing what advances take place at Castem in the coming years. “Come to me six months from now,” said Toda smiling, “we will look like a whole new company.” He invited us back so that our readers can be the first to see the new technologies being unveiled by the company. Protechnology Japan is proud to offer our readers such personal and behind the scenes access to Japanese industry. 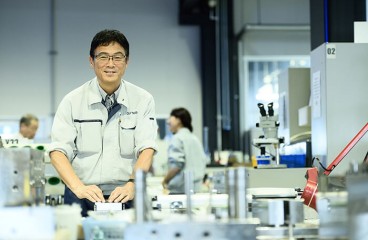