While Japan-branded consumer products such as automobiles and digital cameras are renowned the world over for their innovative technology and reliable performance, Western-branded goods—both consumer and industrial—contain an increasingly greater content of Japanese-made parts than those manufactured in the past. Japan is arguably now the world’s leading source of components requiring sophisticated manufacturing and ultraprecise craftsmanship at an affordable price, for cost-conscious industries ranging from consumer electronics to aerospace. 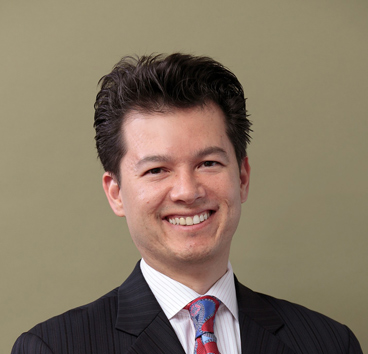 Every February, Apple publicly announces the names of the top 200 suppliers of parts going into their smartphones, tablets, wearable electronics and other devices manufactured in the previous year. It was revealed this year that more than 30 Japanese companies made the 2014 list.1 Names such as Sharp, Sony, and Toshiba are well known to most Westerners, but the fact that Apple relies heavily on components manufactured by Nippon Mektron and Toyoda Gosei may surprise some.

The flexible printed circuit boards produced by Nippon Mektron are an enabling technology that unleashes the full potential of smartphones and other electronic devices. Besides consumer electronics, other global customers use these circuit boards from Japan quite extensively in automotive, medical, and aerospace applications.

Another Apple supplier in Japan is Toyoda Gosei, which supplies light-emitting diodes for handheld devices. Millions of backlights for smartphone screens made use of this technology in 2014, the same year in which the Nobel Prize in physics was co-awarded to two LED researchers from Japan affiliated with this Apple supplier.2

Even iconic American brands such as Harley-Davidson and Smith & Wesson need to procure state-of-the-art parts from Japan, all the while managing to retain their made-in-the-US identity. Japanese suppliers of brake calipers and carburetors, for example, enjoy brisk business with US-based manufacturers of motorcycles and automobiles. Howa Machinery manufactures components used in rifles and other types of precision firearms assembled in the US.

Along the same lines, the global aerospace industry these days is highly dependent on Japanese suppliers. Boeing announced in April 2015 that the 2014 Supplier of the Year in the category of Major Structures was awarded to ShinMaywa Industries.3 Nabtesco, another manufacturer headquartered in Japan, received a similar award in the recent past. Europe-based Airbus sources cargo doors, vertical stabilizers, and gyroscopes from Japan.

One reason why Japanese component suppliers have been successful in exporting to the West is their monozukuri philosophy, a Japanese state of mind which encourages the use of sophisticated manufacturing techniques with an emphasis on attaining ultimate customer satisfaction. Each company mentioned in this article has created an ecosystem of hundreds of sub-suppliers in Japan who embrace this same manufacturing philosophy, all while staying within budget.

Many of these sub-suppliers are small- and medium-sized enterprises located in industrial clusters catering to a single industry, such as automotive (Greater Nagoya), medical (Tochigi Prefecture), precision mechanics (Nagano Prefecture), and fasteners (Osaka). The Japanese government has several initiatives in place to encourage such intra-industry collaboration and further promote the cross-fertilization of monozukuri in many different unrelated industries.

Specialized skills within each industry in Japan are passed down from generation to generation, regardless of the changing whims of the global customer base. Such transfer of expertise may be difficult in most countries, but Japanese companies have developed a method to ensure that craftsmanship techniques achieve perpetual uniformity, even among future employees. Risk-averse customers in the West recognize the value of a long-term stable supply of products with consistent quality and reliability.

Procurement managers at Western manufacturers in search of such Japanese parts suppliers should first contact the knowledgeable bilingual staff at Indexrights Co. Ltd.—the publisher of Protechnology Japan—to learn more about the vast capabilities available in Japan.