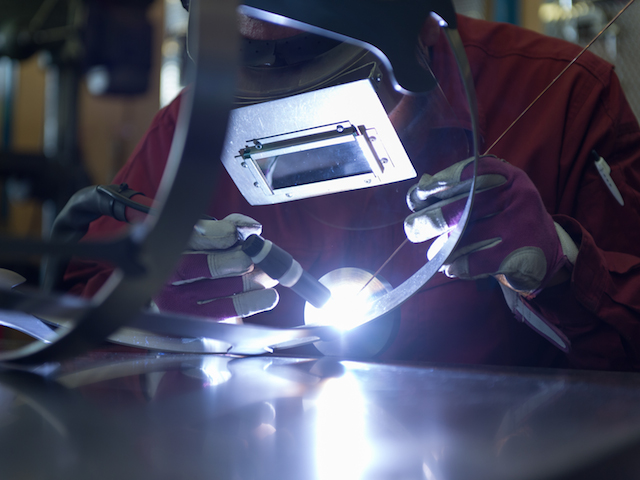 Hamano Products Co., Ltd., based in the heart of down town Tokyo, is working on innovative projects utilizing its cutting edge technologies.

Keiichi Hamano, CEO of Hamano Products, founded Garage Sumida, a facility for companies and research institutions to research, create prototypes and develop products, which has drawn attentions of many start up companies. 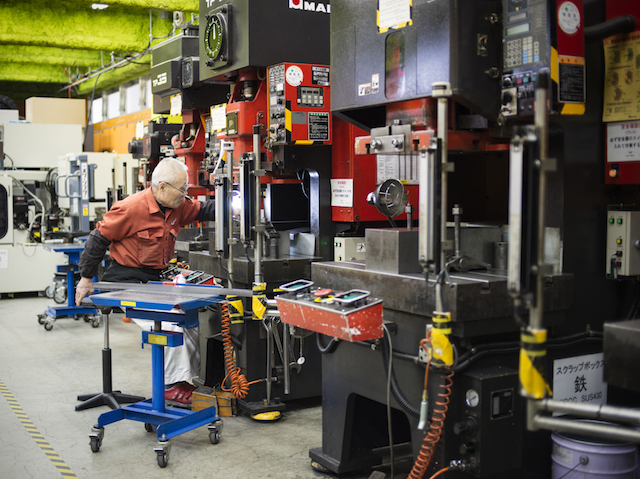 We have interviewed Keiichi Hamano to find out the story behind to the foundation of Garage Sumida.

Interviewer：Garage Sumida is drawing many attention and I was impressed to see how you used your own network to establish this facility to create a site for enterprisers and research institutions to build networks and bring their developments and inventions to the world. Media coverage and attention of this facility have also added to a positive impression of the small to medium sized enterprisers (SME’s).

First, could you tell a little about your company, Hamano Products?

Keiichi Hamano: (hereafter, “Hamano”) ：Our company started working with metal molds and we have been engaged in press processing, sheet metal and other metal processing for over 40 years. We have adopted laser processing machines, machining centers, and electric discharge machines along the way to fit with the trend and time. Today, we also deal with digital machine tools including 3D printing machines and Computer Numeric Control processing, and we receive requests from semiconductors, medical, aerospace to designer products. 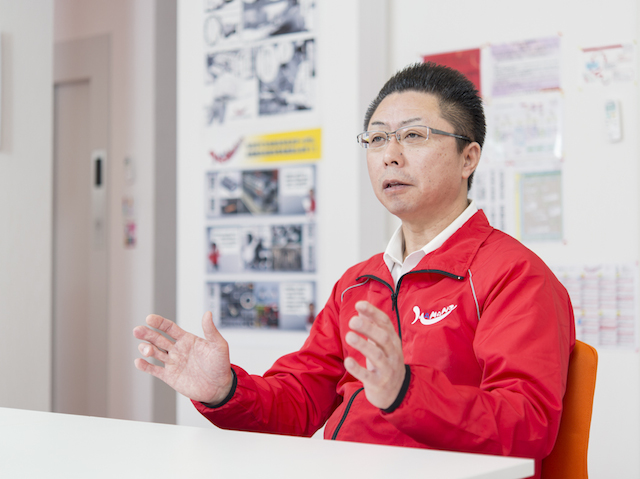 Interviewer：Isn’t it unusual for small factories to have 3D printers?

Hamano：Surely is. The advent of 3D printers has been a threat to many SME’s. However, we took advantage of these 3D printings and adopted into our business to make the most out of it. We’ve accumulated production experience using 3D printers. We need to utilize numerous technologies to create the highest products for our customers.  We therefore, utilized the processing know-how that we have cultivated over the years with those new technologies, endeavoring to support our customers’ applications and situations.

Interviewer：You were very flexible in applying new technologies with the traditional. What kind of products have you been working with that have taken advantage of the new and traditional technologies.

Hamano：We had been working on processing items for mass production, like many other SME’s. But there was a turnover in 2000, and instead of doing mass production, we focused more on prototype manufacturing and product development. 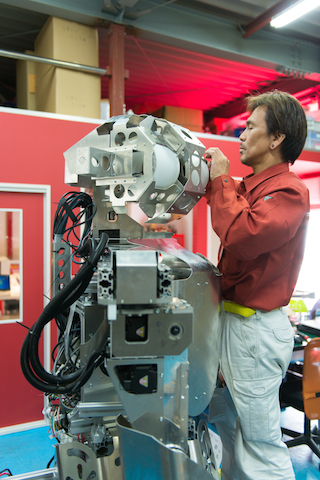 We have been engaged in a number of projects with research institutions. For example, International Center for Hadron Astrophysics. We have delivered neutrino observation equipment to be used in Antarctica for this institution, based on the rough sketches designed by Chiba University. We also received inquiries from research institutions and universities, working in the field of regenerative medicine and agriculture.

We have also been taking part in research projects in collaboration with Academia, Industry and Government; development of an electric vehicle, Hokusai, unmanned deep sea survey submersible, Edokko-1, which was the world’s first to succeed in photographing deep sea creatures at 8,000 meters underwater.

Moreover, we are working with individual designers, such as a calligrapher to create hiragana-shaped earrings.

When we were mass producing items, we were doing business with only four companies. Today, we have received businesses from over 3,000 companies.

Interviewer：That is a tremendous growth in just 16 years. What bought you to expanding your business?

Hamano：I’m often asked about this but there is no magic that will turn things around in one night.I started off with two employees. We did not even have enough personnel or facility to accept customer’s sudden or new orders at first.  It was the small steps that added to where we stand today.

Manufacturing industry is fiercely competitive and facing severe problems, as the market is shrinking year by year . In Sumida Ward, where our company is located, there were about 9,800 small factories and now, it down to 2,800. This is not only within Sumida, this is the same within Japan. SME’s struggle to compete within the market with large manufacturers moving their production bases overseas where it is much cheaper to operate.

Hamano：Tokyo in particular has the highest labor costs in Japan, and with less lands for factories. Operating a factory within Tokyo is also difficult as we tend to have neighbors living aside of our factories. Unlike, IT or other industries, manufacturing companies are required to have a land to build factories and purchase equipments to produce products, and many SME’s are going out of business. Once they are out of the market, it’s hard for them to come back. 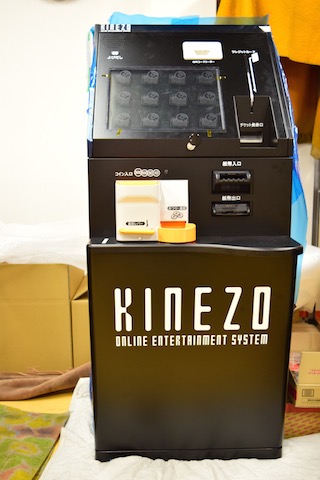 Certainly, the experience and intuition of craftsmen is utilized in production in a very small fraction of companies and communities.  However, with the development of machine tools and software, manufacturing is expected to produce locally for local consumption.

Tokyo is definitely not a region that is best suited for manufacturing. And for SME’s like us will not win the competition if we follow the global or/and domestic trend. We need to be unique and make the most of our regional characteristics to survive, engaging in practical manufacturing.

Interviewer：One cannot deny that, as you pointed out, Tokyo is not a region that is best suited for manufacturing. But are there any advantages working in Tokyo?

Hamano：In thinking about advantages, first you will have to thoroughly understand the characteristics of the region. Certainly, there are difficult conditions if we view Tokyo from the perspective of sites and cost. However, Tokyo is a home to a number of universities and research institutions with many of them researching the cutting-edge technologies. Until now, we survived following the big companies, making mass production. But we can no longer compete with them. So we started collaborating with the universities and research institutions around us, and this new market is definitely the greatest advantage to doing manufacturing in Tokyo. 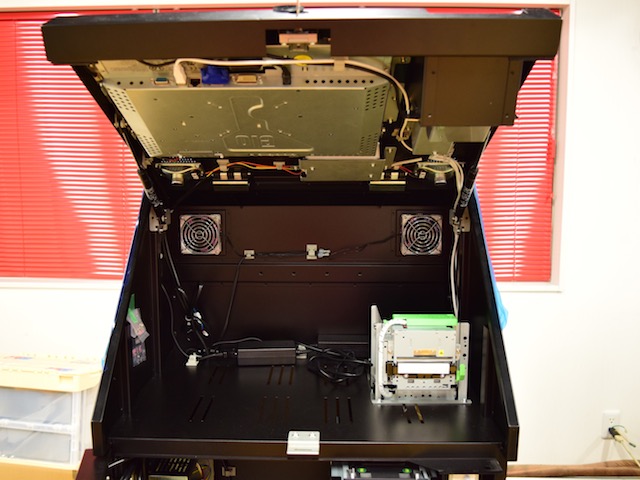 Moreover, Tokyo has a dense concentration of people. Where people gathers, information gathers. And information is a key to business.

Interviewer：How did the organizations you worked with found out about your company?

Hamano：We’ve built our network over the years. We also felt it was necessary to create a mechanism to support the SME’s and that is why we founded the Garage Sumida in 2014. This facility consists various machine tools, including the latest 3D printers, for researchers and graduate students to develop and invent products, and connect companies which will lead them to new businesses.

One of the success story that came out from this facility was a joint stock company developed by Atsushi Shimizu. He used to work at a large electronics manufacturer but quit his job after the Great East Japan Earthquake of 2011 to support the creation of Japan’s electricity through accident-free electric power generation. He is now working on the development of new systems for wind power generation.

Hamano：He has experience researching fluid mechanics at the University of Tokyo’s graduate school and was working in research and development. But he never experienced working in the field for metal processing. Since his research materialized into a product outside of his expertise, we’ve been responsible for handling the processing of the prototype.

When such start-ups have a prolonged period of development, it becomes very difficult to cover its funds. Moreover, without sufficient expertise in processing, it’s difficult to even make a prototype to start off with. Researchers and institutions have the academic knowledge, but they do not have the skills to manufacture it. That’s why we, manufacturers, become important in supporting their ideas, which eventually leads to new business.

And Garage Sumida is a facility that allows academics and manufacturers to connect. We want them to make sufficient use of their expertise.

Interviewer：In other words, you combine your respective strengths to collaborate with the researchers?

Hamano：That’s right. Even before we’ve created Garage Sumida, we had been collaborating with a university but due to their financial circumstances, it did not create business. Our company wanted to help them as much as possible but we cannot continue if we cannot cover the investments and make business.

To solve the problem, our company served as a judge in the Tech Grand Prix business contest of aspiring entrepreneurs. Large companies sponsored this contest and, since auditors and venture capitalists participated as judges, the participants’ business plans—which included the steps to starting the business and their financing plans—were examined intensely. The winner would receive financial assistance of about 20 million yen.  The university team I mentioned earlier was fortunate enough to win the top prize in the first Tech Grand Prix, so we invited them to be part of Garage Sumida. 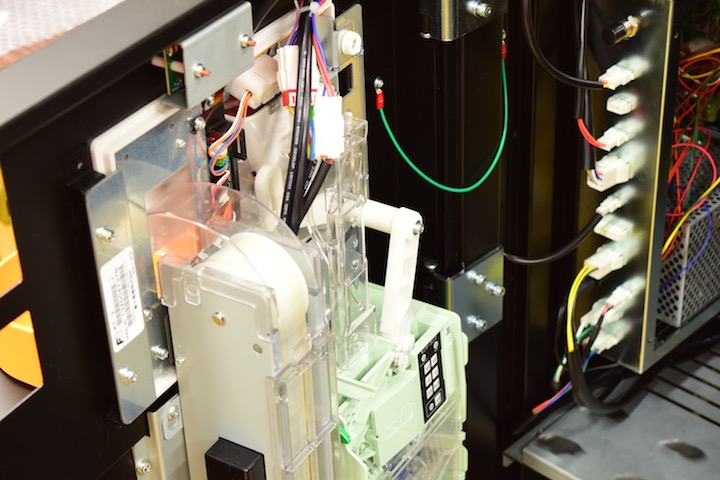 Interviewer：How many companies have entered Garage Sumida? Are there any conditions for entering?

Hamano：Currently there are five start-ups that pay rent every month for Garage Sumida. Resident companies do not need to participate in any sort of contest, but they do need social responsibility. Having a way of benefiting society, such as addressing people’s needs after a disaster, wanting to making children’s dreams come true, or helping solve problems in the world is the criteria we use to evaluate the companies.

Interviewer：How have companies rated the facility?

Hamano：Not only has our support in manufacturing has been rated favorably, our company’s network has also been well-received. About 10,000 people visit our factory each year, and we are introducing organizations and people who will be of benefit to our tenant companies. We have also been featured on TV shows and many other forms of media, to create opportunities for these start-ups.

Also, we work to provide the best technologies. If we believe another company is more beneficial than us for the tenant company, we will introduce and connect the two.

Interviewer：I have heard that the reason why so many start-up companies have congregated in Silicon Valley is about not just technology but also the connections among business people. It seems that Japan’s venture capital has a tendency to be biased towards financial assistance but, in the US, venture capital serves companies that are strong in hardware and companies that specialize in software. Introductions make the most of both characteristics.

Hamano：That’s correct. A very rational arrangement has been set up in Silicon Valley and that is the area’s greatest merit. Currently, providing manufacturing support is our company’s primary objective but, in the future, we would like to go even further and involve  in other regions, governments, and financial institutions. If we can do that, we can create fertile ground that makes it easy for start-ups to grow in Japan.

Interviewer：Garage Sumida is one strategy for enhancing your company’s corporate value. How do you think Hamano Products will change in the future?

Hamano：For example, ryotei (traditional Japanese restaurants) are long-established shops that are adapting to change the way they have always done business. Likewise, we will change with time and adapt to the society. We are looking at collaborating with international institutions also. 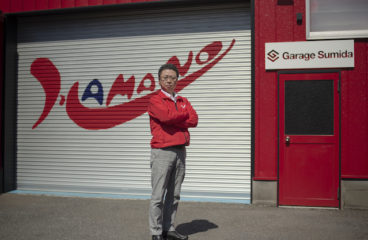