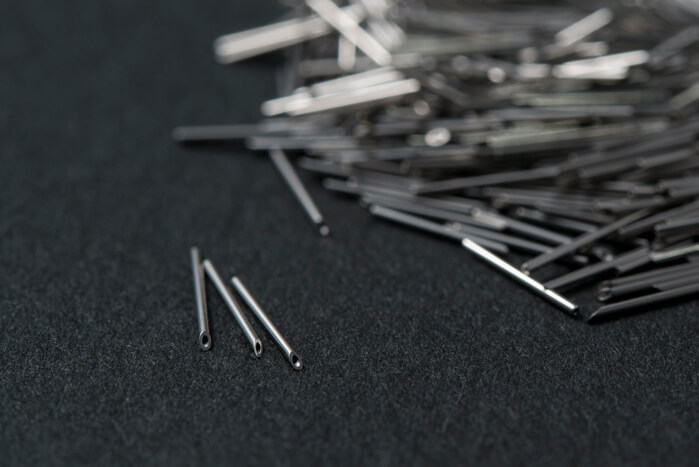 Teshima Corporation has been an industry leader in manufacturing high precision stainless steel tubes for over 40 years. For the past four decades, Teshima has responded to the unique needs of its customers while keeping up with innovations in the metallurgic sciences. The company always aims to create products that are finer, slimmer and smoother. The company is headed by CEO, Ms. Yukiko Teshima, a straight forward leader who is equally interested in innovation and business. According to Ms. Teshima, “Saying no is not an option”. She also invests a lot in her people as she sees a direct  link between staff development and business expansion. The company currently produces four-hundred types of high precision stainless steel tubes each month with a total capability of producing over 5000 different types of products. Teshima has recently branched out of creating medical supplies and now produces products for biomedical research and manufacturing.

Teshima has manufactured stainless steel tubes for medical needles since its founding in 1972. “We often go out into the field and speak with professionals on the frontlines of medicine” said Ms. Teshima, adding, “that’s where our design ideas come from.” They have developed a needle that has very high pricking accuracy and that is painless for patients. “We have gotten so much good feedback from doctors about our needles.” Teshima’s hypodermic needles feature fine mirror surface texture that prevents damage to leukocytes (white blood cells); making them invaluable for phlebotomy labs. Since its early days, Teshima has always used stainless steel that adheres to ISO9626 standards, the gold standard for medical needle production. Through constantly improving their unique processing technology, Teshima established a global position in the niche market for stainless steel tubes for medical needles.

Year 2002 was a turning point. That was the year the current CEO, Ms. Teshima, joined the firm as a factory worker who rose her way up the ranks to become the company head in 2013. Today Ms. Teshima leads the company, satisfying existing customers needs while keeping an eye towards expanding to become a more global enterprise. Ms. Teshima spent ten years in the United States studying business, earning an MBA in the process.

Ms. Teshima told us that she has added to what the company’s last CEO developed, “my predecessor and I shared the heart of a craftsman, but I bring managerial science and business training to the craftsman’s workshop. Craftsmanship needs to meet big data for small to medium size companies to thrive in the competitive global market.” According to Ms. Teshima, “the modern day CEO has to wear many hats; craftsman, data miner while being innovative and creative,” she reflected, saying, “it’s a kind of alchemy, staying edgy and competitive is a process and it’s not always a linear process, but if you commit to the process something magic happens.” And keeping a small size manufacturing company competitive in the Japanese domestic and global markets alike is definitely something magical.

Ms. Teshima made changes to the company as soon as she assumed the role of CEO by implementing a completely original production management system. “I also saw to it that we obtain ISO9001/2008 certification.” Certification is vital to staying competitive in the international markets, but it is sometimes overlooked by companies that produce primarily for the Japanese market alone. “Certification is expensive and requires a great deal of time and resources, but if you want to sell directly to foreign businesses it’s a must.”

The young CEO promoted managerial accountability and compiled a database of manufacturing best practices to stream line her company’s training and staff development. That same year, the company launched a new plant with state of the art equipment and production lines (scheduled to obtain ISO14000 certification), expanding its ability to handle the increasing number of international orders.

Within a few weeks of starting at the company, Ms. Teshima brought her company together and told them that she was launching a new initiative to prove to the world that they have the ability to make magic happen. She challenged her staff saying, “blow me away with your innovations in steel bending.” The employees were encouraged to be super men and women and create to their hearts’ desire. “I gave them free reign, because I knew the team and I trusted them, so I took off my big data thinking cap, rolled up my sleeves and showed that I was also a craftswoman at heart.”

Company employees worked as a team to create a system to more proactively advance development. One example is the new way the company approached plasticity the manufacturing process. “Plasticity processing relies heavily on craftsmanship—humidity and temperature are often changing, and it takes intuition,” says Teshima. “But digitization can handle some elements of it. It is important to make sure you are eliminating and keeping the right elements to be performed by craftsmen,” she added. This approach has enable the company to build a system that both supplements and solidifies the inherent skills of its workers, while providing higher precision, higher quality stainless steel tubes.

Teshima’s ultrafine stainless steel tubes are the result of many years of accumulated technical skill. Currently, the company is working on introducing innovations to medical needle manufacturing. Medical needles require especially high precision as people’s lives are literally at stake in the needle manufacturing business. The slimmest stainless steel tube Teshima currently manufactures is the 35-gauge needle. The needle has a thickness of 0.0381mm, outer diameter of 0.127mm, inner diameter of 0.0508mm, and is finished with an S-grade, Ra0.05 mirror surface. Ms. Teshima explained, “From the beginning of development to completion it took a total of one year. And the system for mass production is completely internal.”

Beyond needles demand for catheters has increased in the past several years. Standards for needles and catheters have steadily evolved along with the development of medical treatment. Teshima takes on all such challenges, meeting the constant demand for finer, thinner tubes. The company also produces parts for devices used in medical specialties as diverse as neurology and dentistry. They also successfully developed an ultrafine stainless steel tube with an outer diameter of 0.18mm and an inner diameter of 0.07±0.002mm, which can be applied to a wide variety of medical needs.

“If I were Stainless Steel, I’d Want to be a Teshima Tube.” –Anonymous Gypsy Artist (San Francisco, California)

Demand for stainless steel tubes is not limited to the medical field, but is present in nearly all fields. Stainless steel materials used by Teshima are 100% made in Japan with a focus on high-grade SAE 304 stainless steel. Regulated by ISO9626 standards, it remains solid even when taking switching cost into account. Many variations of tube treatment are also performed, including swaging, drilling, flaring, machining, grooving, marking, joining, torsion, and flexing. This allows Teshima to handle orders not only from the medical industry, but has led it to expand into a diverse array of industries, including the production of temperature sensors and heat exchangers for manufacturing, measuring instruments for the biotech field, custom made components for auto parts. “We even made chocolate nozzles and wine openers for the food and beverage industry.”

There are 10 processes in the manufacturing of stainless steel tubes, but Teshima remains non-automated to preserve their flexibility to produce small lots.  “We can produce any kind of ultrafine stainless steel tube from a single meter-long rod, and deliver the goods quickly. Our system for handling small lot orders is set up perfectly.”

Despite the company’s recent diversification, they continue to innovate new products for the medical field, its traditional core business. “Rather than treating illnesses after they occur, the medical industry and those fields affiliated with it are focusing on preventing illnesses before they start,” Ms. Teshima explains. “Because our blood contains a wide range of information concerning our general health, it is likely that we will soon see devices with which we can test our own blood on a daily basis. So it would be great if our company could play a role in BtoC health measuring instruments and similar devices.” While it’s impossible to see the future, but for Teshima, it’s clear that it shines as bright as high polished steel glistening under the lights of the factory floor. 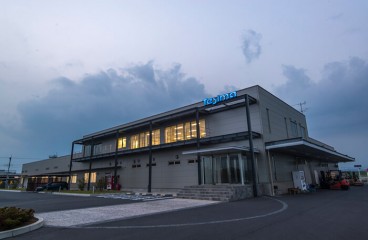