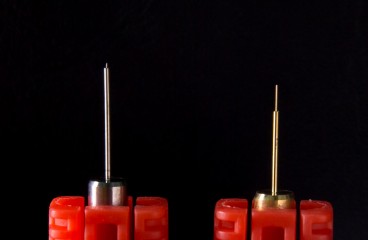 M-TECH draws the most attention is the precision processing of such challenging materials as stainless steel, brass and titanium from Φ4.0 to Φ0.5×10mm (a 20-fold increase in aspect ratio). Normally, micro-fi ne long processing performed on a lathe induces elastic deformation, resulting in tapering defects. Therefore, in order to overcome that hurdle the company used a special micro-NC lathe, micro-fi ne screw cutting work and a proprietary technique for the processing of complex shapes, as well as a correction system incorporating a charge-coupling device (CCD) camera as a main part of the overall process, thereby achieving the production of an external dimensional tolerance ±2μm as an integrated component in a […] 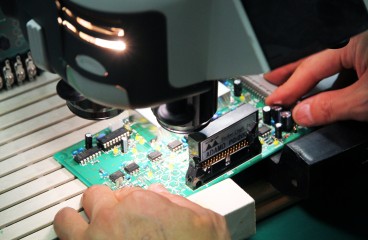 Miyama Giken, a company manufacturing printed circuit boards in Tokyo, has been able to realize detailed consulting for clients and a shortened delivery time by doing everything from the start, all the way to the mounting process, all in-house. They have also taken on the new project of developing CO2 sensors within the company, a move that stems from the characteristically Japanese business philosophy of prioritizing the customer’s needs, as well as the growth and expansion that comes from creativity not bound to existing values. 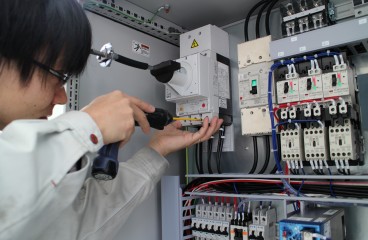 A control panel is something that is always installed where electricity is involved and used without regard. All monitoring of and commands given to automobile manufacturing machines, for example, go through a control panel. The control panel is like the brains of a machine; without it, a machine would just be a mass of iron. Control panels control the machines found in every corner of modern society. However, when shipping control panels to foreign markets, standards different from those used at home need to be cleared, since the situations and standards for electricity are different in each region. In other words, control panels have to be manufactured according to each […] 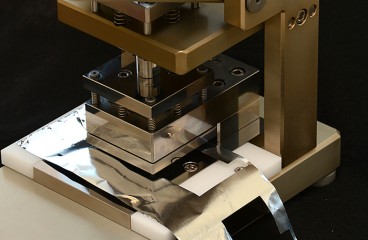 Punching through thin materials in one shot, no matter how difficult, such as multilayered thin film and metal foil—that kind of reliable technical competence is underpinned by ultra-precise grinding technology cultivated over more than 40 years since the company’s founding, technology with a parallel, right angle precision of 5/10,000 mm (0.5 μm), that is, parallel, right angle error of just 1/200 the thickness of a sheet of copy paper. A product in which the crystallization of that technical prowess can be seen is Nogamigiken’s hand held punch. Anyone would gasp in surprise at its extraordinary sharpness. The cross-section it produces with minimal burrs and deformities is clean and beautiful. The […] 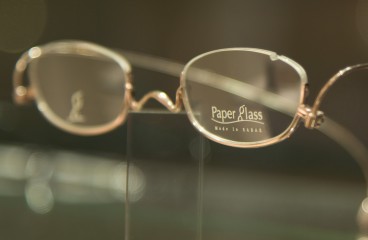 Next-generation reading glasses that are a mere 2mm in thickness

Paperglass are next-generation reading glasses that are ultra-thin at 2mm and have a lightweight, stylishly designed frame. Developed by Nishimura Precision, this item has become a sensational hit product in Japan. In an unusual move for a small/medium-sized company, Paperglass has opened “Paperglass FUKUI”, a retail shop that displays the glasses and allows customers to try them on before purchasing. A maverick in the eyewear industry, Paperglass is now taking on the world market. 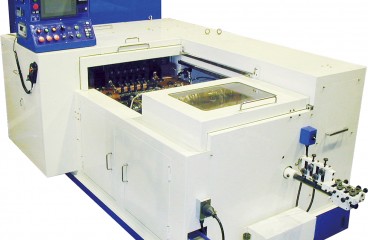 Nakashimada Engineering Works create press machines called headers and formers used to manufacture metal parts such as screws. Notable is that in relation to headers producing parts sized under 2.5mm, the company holds 80% of the shares in Japan, and 50% of the shares in the world.There are a few reasons that headers by Nakashimada Engineering Works accounts for majority shares throughout the world, but the Headers and parts formers of the Nakashimada brand are formed utilizing their proprietary technologies, and among them, the Fingerless Transfer and Die Slide are two notables that make the name “Nakashimada” renowned worldwide. 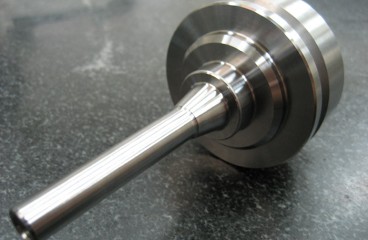 Nadaka Corporation deals with cutting process for difficult-to-cut materials such as titanium, nickel and heat-resistant steel. Their main products are car parts like turbochargers. Their technology is widely used in various areas, including aircraft and the medical field. Their corporate identity is to “challenge to perfect the craftsmanship in manufacturing.” They have focused this challenge on cutting work for difficult-to-cut materials and complex shapes which others in the same trade show reluctance to deal with. “Even an order for something that we have no experience, we go for it. If we decline it, we get no growth,” Mr. Nadaka says. They study and understand the characteristics of unworkable materials and […] 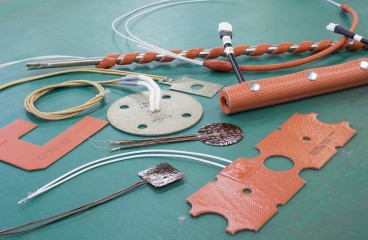 KAWAI CORPORATION designs, manufactures, and distributes an array of industrial heaters. Founded in 1929 in Nagoya City, KAWAI CORPORATION got its start by producing King Seal and Hope Seal soldering irons, and for the following 80 plus years, has been focusing on the manufacturing of heaters. The company has advanced to Silicon Valley, US in 2006, mainly filling custom orders by designing and distributing heaters used in semiconductor-related manufacturing equipment. In 2007, the cartridge heaters and silicon rubber heaters received certification for UL Safety Standards. In 2013, the semiconductor gas line heater also received UL certification, and the UL Vol2 Sec.2 ASH-200 was added, allowing the company to establish its […]